My town has a community garden. This is the second year they’re doing it and if you were in the first year, you had first dibs on the same spot for this year. I wanted to get in but I ended up on a waiting list since it was already full. If people hadn’t done anything with their plots by June 1st though, they got booted. Thankfully, someone else was lazy and I got their spot at the beginning of the month.

You start with an 8′ x 8′ plot. When they were starting the garden last year, people had to pickax their way into the ground. Apparently the lady who had my spot hired a high school boy to dig 20″ down and get out all the rock so I have a prime spot. 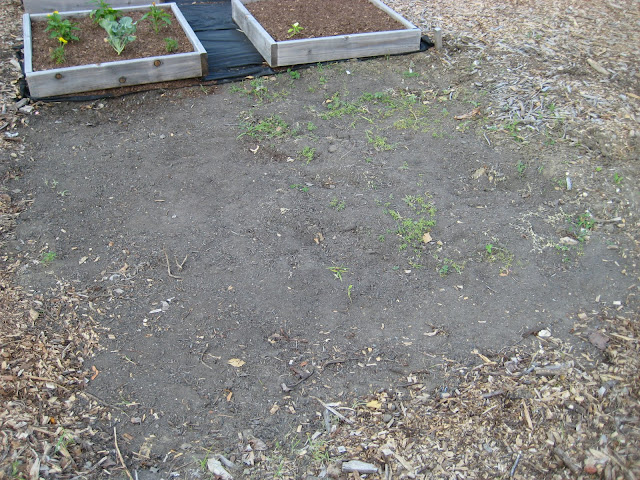 I wanted to do a raised bed but I needed to be able to reach all the plants so I did a U-shaped one. My dad helped me pick up the wood, cut and pre-drill it, so I just had to screw it all together. 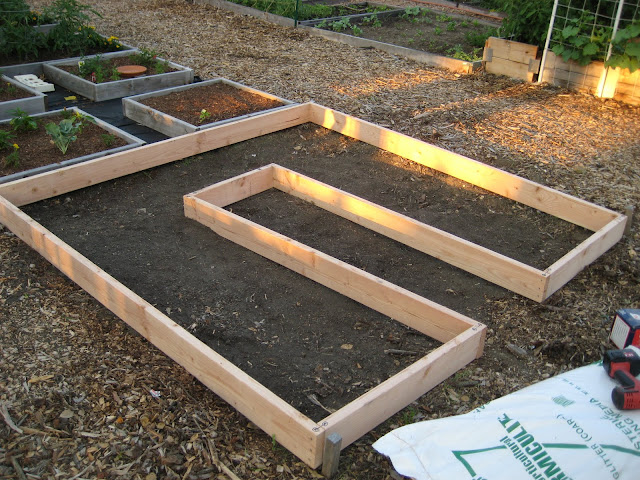 I’m sort of following Mel Bartholomew’s Square Foot Gardening method, so I wanted to do a soil mix of 1/3 compost, 1/3 vermiculite and 1/3 peat moss. You’re supposed to use a mix of different types of composts if you don’t make your own but I had a hard time finding any and ended up with mostly composted leaf soil and a bit of composted cow manure. Vermiculite is hard to find but a guy at the garden picked me up a bag at a nursery near where he works. Peat moss was the easiest to find. The proportions aren’t quite right but I think it’ll work out fine. 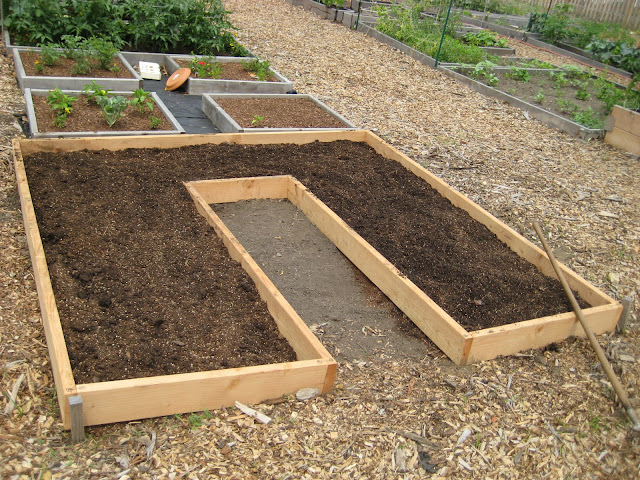 I bought most of my plants at the farmers market. It’s a bit late to be starting most things from seed at this point. I planted zucchini, yellow squash, beans, plum tomatoes, 1 beefsteak tomato, red and green bell peppers, basil, oregano, rosemary, parsley and thyme. I also planted half a packet of edamame seeds. I will plant the other half in a couple of weeks to stagger the harvest. I still have room for more though so I’m still thinking about what else I’d like to eat. 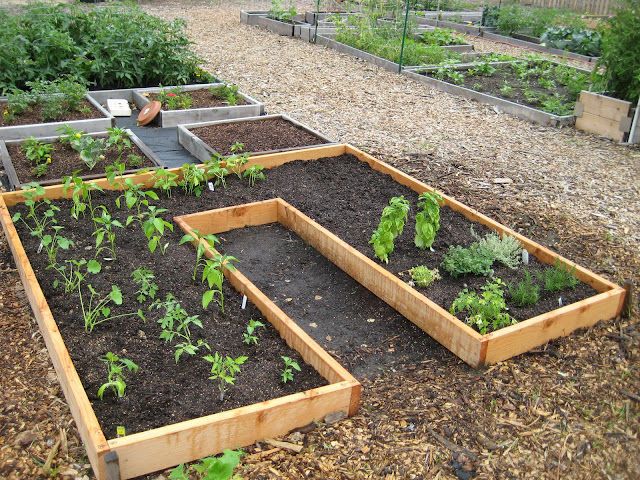 I still need to build one large trellis along the squash and add smaller ones among the tomatoes and peppers so I’ll be doing that next weekend. Besides that, all the work is done though and I just need to water and wait for my delicious veggies.